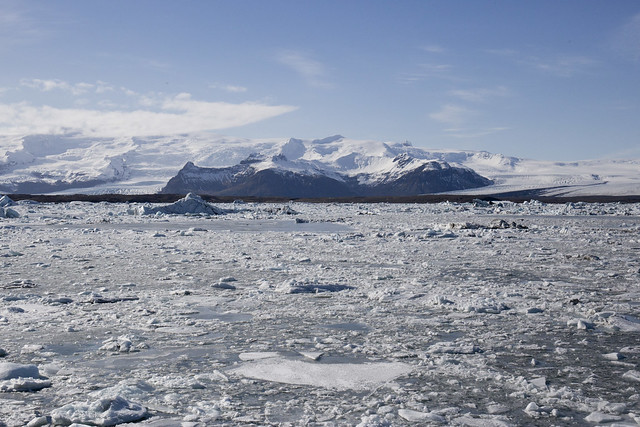 This post provides my thoughts and analysis on the relative strengths of the climate policies of the European Union political groups which Irish parties contribute to. It’s a follow up to my last post where I compared the climate change manifestos of the 5 EU political groupings.

Full disclosure: I am a member of The Green Party, who in turn are part of The European Greens. While I have made every effort to be neutral in my assessment of these policies it is possible or likely that my opinion is biased.

There is already a rather excellent and very detailed analysis of the manifestos from the IEEP, but also perhaps, more diplomatic than I will be. This post, except where I cite sources, is my own work and my personal views.

TLDR; You can read the conclusions at the bottom.

These are the 5 EU groupings, and the Irish parties that contribute to them, who make up my analysis:

As the only group that states they will declare a climate emergency, GUE/GNL are clear winners here.

I’ll break down some of the sub-sections under emissions because, hey, they’re pretty key and also there is a very interesting divide.

Again, a headline victory for GUE/GNL. A 65% emissions reduction by 2030 is the highest proposed, and it may even be achievable if (as they’re calling for) the EU declared the emergency and immediately went to a war time footing to solve the crisis.

The European Greens call for at least 55% and ALDE for 55% - which are both targets beyond what the Paris agreement calls for (40%). That target seems dated and both should probably be revised up slightly to 58% to match the best case proposed by the IPCC^1.

The PES make no mention of a target reduction, but they do state we should stick to the Paris agreement and ‘the latest science on climate change’.

The EPP are the worst performers right across this section. They don’t commit to a 2030 reduction or a carbon neutral point and don’t even mention the Paris agreement. Even on this alone it would be enough to rule out a vote for the EPP.

The GUE/GNL aim of being carbon neutral by 2040 is in line with a call from the World Wildlife Federation^2 while the other parties back the IPCC best case projection and aim for 2050^1.

Except of course the EPP, who don’t seem to think this matters.

Both the European Greens and GUE/GNL back doing whatever it takes to stay below 1.5°C of global warming. It’s arguable that PES also call for this, but not explicitly.

This is critical. Commitment to staying below 1.5°C must be the target for Europe. At 2 degrees we face increased temperature extremes, droughts and flooding^3 which could kill or displace 100s of millions of people^4. Two degrees is also expected to kill off of a huge number of species, particularly insects.

There is also the possibility that the Greenland ice-cap cannot survive at 2°C - which would lead to an estimated 7 meters rise in sea levels^5.

The EPP make no mention of the Paris agreement. ALDE don’t commit to further steps to stay below 1.5°C.

This is where the divergence begins on the left. The European Greens and PES both commit to carbon taxes, with slightly different models. The Greens explicitly call for taxes on plastic and flights, while PES cite polluter pays.

The silence from GUE/GNL is interesting here. It is very hard to see how to get to a 65% emissions reduction by 2030 without a tax on carbon.

The silence from the EPP and ALDE is unsurprising.

While silent on almost everything else the EPP spring into life for trading. One of the few mentions of climate change in either of their 2 manifesto documents is that renewable energy should be achieved through emission trading. ALDE are even more committed - spelling out that the European Union Emissions Trading System (EU-ETS) is ‘the key instrument for reducing greenhouse gas emissions’.

The Greens call for a strong carbon floor price while the GUE/GNL want to abolish the system altogether.

Certainly some reform of the EU-ETS is necessary, as it’s widely acknowledged as a failure^5. I’d personally rather it be abolished as it’s a shield for delayers and dinosaurs to hide behind^6.

Strong policies from both The European Greens and GUE/GNL with explicit phase out dates of 2030 for coal and gas from both groups and similar commitments for the transition to being fully renewable.

ALDE at least list a date of 2050 for an end to fossil fuels, which is within the IPCC’s best case pathway, but only if we make immediate reductions^1.

One point to note is that both the European Greens and GUE/GNL want to move away from nuclear power. While I think this would be preferable it makes the transition about 13.5% harder to achieve^1, and many may think this is unnecessary.

On state investment the issue splits the groups along ideological grounds. The European Greens call for a Green New Deal, investing billions of euro has been taken up many across the political spectrum. Both PES and GUE/GNL call for increased investment.

It is telling that the EPP, which doesn’t mention any phase out dates or a target for being completely renewable does devote several paragraphs of it’s platform to energy security. A call for a common energy policy might be sensible - but equally may have no effect on climate change.

GUE/GNL take a different approach, promising they will enshrine the right to renewable energy.

Transport makes up 33% of europe’s direct emissions (not including emissions from imports) and it’s a percentage that’s grown since 1990, so this is a big issue to address. The greens have by far the strongest transport policies.

Both ALDE and the greens want to end the tax exemption for airline fuel but the greens make the strongest call. They want to see flights and road transportation taxed according to polluter pays to encourage people to use alternative methods of transport.

The greens are the only group to call for a reduction in our transport needs - not just a transfer to a different energy source. This is important as even the IPCC best case reckons we need to reduce our total energy usage by 32%^1 by 2050.

The greens want to see a total ban on new fossil fuel powered vehicles by 2030.

The EPP, GUE/GNL and PES all make noises about reducing transport emissions from roads, but without any detail.

While ALDE at least have a policy on feight emissions it lacks detail - the European Greens commit to moving parts of current road freight to rail and waterways (but don’t commit to a waterways expansion, probably on ecological grounds). The greens directly commit to making all trucks, vans, trains ships and planes carbon free.

The greens call for low-emission zones to encourage walking and cycling, while GUE/GNL call for promoting active mobility.

On climate justice it is a toss up between the parties of the left with the GUE/GNL and European Greens a little ahead of PES S&D, mostly due to extra detail.

The GUE/GNL have the strongest proposal - an end to the growth model Europe has been wedded to since the start of the 20th century. Both the PES and ALDE want ‘sustainable growth’, but it is hard to see how any growth on a finite planet is sustainable in the long run.

Once again it’s close between GUE/GNL and the greens. The commitment from GUE/GNL to adapt consumption to the limits of the planet will ultimately have to be done, however they are lacking detail about the steps to get there or how they would implement the policy.

In this section the Greens take one of the strongest policy positions in their entire manifesto; they commit to taxing the extraction and import of raw materials. This ultimately is the first step on the road to the GUE/GNL position - and as such I feel it’s the stronger policy.

While everyone, even the EPP, make nice noises here; the Greens are the only party to commit extra funding for global climate action.

The Greens also make another very strong commitment - that they will tax imports from countries who do not limit emissions inline with the EU.

None of the parties are strong enough here. While the GUE/GNL policy of rejecting carbon capture is in line their manifesto seeking to better the IPCC best case, at this point it is highly unlikely that the Earth will follow the best case path.

The greens restrict their carbon capture to forests and other natural carbon sinks. To follow the IPCC best case the earth needs to re-forest 3.5 million square kilometres (or 2.2% of the Earth’s land surface)^8. That is nearly achievable at present. However going beyond that and re-foresting even more of the Earth will be a major battle.

Of particular importance to us in Ireland, where 1/3 of our emissions come from agriculture.

The greens once again have the more specific policies while GUE/GNL at least make the right noises. Critically both commit to a shift away from industrial agriculture. The greens talk about reshaping CAP payments to encourage farmers to cut emissions and move to a sustainable model.

While GUE/GNL are committed to deeper and steeper headline cuts and back ending the unsustainable economic growth model, they do not explain how they plan to get there. Their manifesto is more revolutionary than the greens, but also less realistic.

The European Greens’ plan is straightforward, but highly detailed - they have detail in every section, which no other party emulates. They will increase taxes on carbon, invest heavily in public transport and renewables, make flying more expensive, ban new fossil fuel cars and power generated from fossil fuels by 2030 and introduce a true circular economy. Some of these the other parties support; but no-one else supports them all.

However the really important steps are the ones that are only in the Green’s manifesto - taxing resource extraction and production and placing taxes on imports for goods that did not have a carbon tax imposed on them at source. In combination it will end the practice of us outsourcing our emissions to China and India.

I may be biased. I am after all a member of the Green Party. In my defense I will say that I joined the Green Party quite recently; because of their stance on climate change.

This election is critical. The IPCC believes that if we haven’t taken dramatic and decisive action by 2030, we will not be able to stay below 1.5°C of global warming. The effects of that are dramatic. The difference between 1.5°C and 2°C could mean the premature deaths of 150 million people^9. It is possible that at just 1.6°C the Greenland ice shelf could begin an irreversible melt - culminating in a sea level rise of 7 metres^4. If you are in your thirties or younger you may find yourself retiring around the time Dublin and other major European cities are submerged for at least part of each year.

If you plan to ever vote for parties strong on climate change, now is the time.